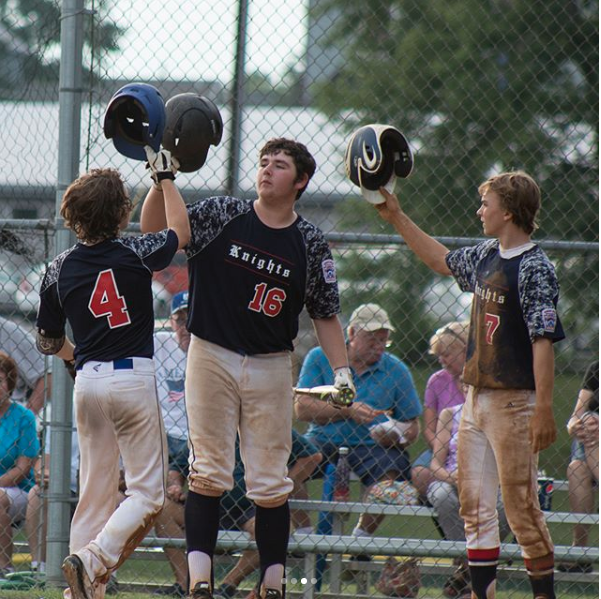 The long summer of baseball for the KAU U14 junior league team is starting to come to an end and what a summer it has been. Making it to the junior world series was the last thing on the minds of the KAU team when the summer season began in sectionals with a goal to merely win the state tournament. Currently, the boys are preparing to face Rutherfordton LL (North Carolina) in the United States Championship, today at 6 PM. The winner of the contest will have a chance to fight for the world series title against the winner of Shing-Ming Junior LL (Chinese Taipei) and San Francisco LL (Venezuela). As the only United States team unbeaten in the tournament, the KAU boys will look to complete a clean sweep of the tournament with their biggest game, tonight.

The long journey began at the Pennsylvania state tournament, KAU blew through the competition riding their hot bats all the way to regionals, where they faced the best teams in the Mid-Atlantic representing New York, New Jersey, Maryland, and Delaware. In their first game, KAU faced a strong side from New Jersey which would become their toughest game of the entire tournament, winning 4-0. With the first game behind them, KAU started crushing teams winning by ten runs in almost every game. Before they knew it, KAU became the kings of the Mid-Atlantic. #9 Levi Jones, one of the players on the KAU team, credited their dominant regionals performance to “strong hitting throughout the entire lineup and a combination of little to no errors in the field and lights out pitching.”

After regionals it was on to the biggest stage junior league baseball has to offer, the Junior League Baseball World Series in South Port, Michigan. Jones described the World Series as “on a whole other level that we never expected to get to.” KAU, now with the title “East” was surprised with brand new uniforms, jackets, etc. before their first game against Wylie LL (Texas). The Kennett Square team dominated Wylie, 13-4, with 3 RBI’s coming from star batter, #3 Dan Kane, and lights out pitching from the team’s ace, Patrick “Meth Daddy” Methlie, who compiled 9 strikeouts and a complete game. Next, the boys took on Rutherfordton LL (North Carolina). Jumping out to a quick 3-1 lead after the first inning, it would be all KAU needed before scoring two more runs in the final inning, beating Southeast 5-2 behind another strong performance from Dan Kane at the plate who drove in 3 runs. The game also had strong pitching from East’s Scott Hansen and Louis Sharp who combined to only give up 5 hits. #12 Matt Haggarty said the key to the team’s success throughout the series and all summer has been, “picking each other up on defense and offense, positivity is crucial to winning games.”

Now, the boys from Kennett Square ready themselves to take on Southeast with Methlie on the mound. KAU has let their bats do the talking all summer, they’ll need one more strong performance at the plate in the US Championship game to advance to the finals.

The game will be streaming live at 6 PM: http://www.ustream.tv/channel/jlws