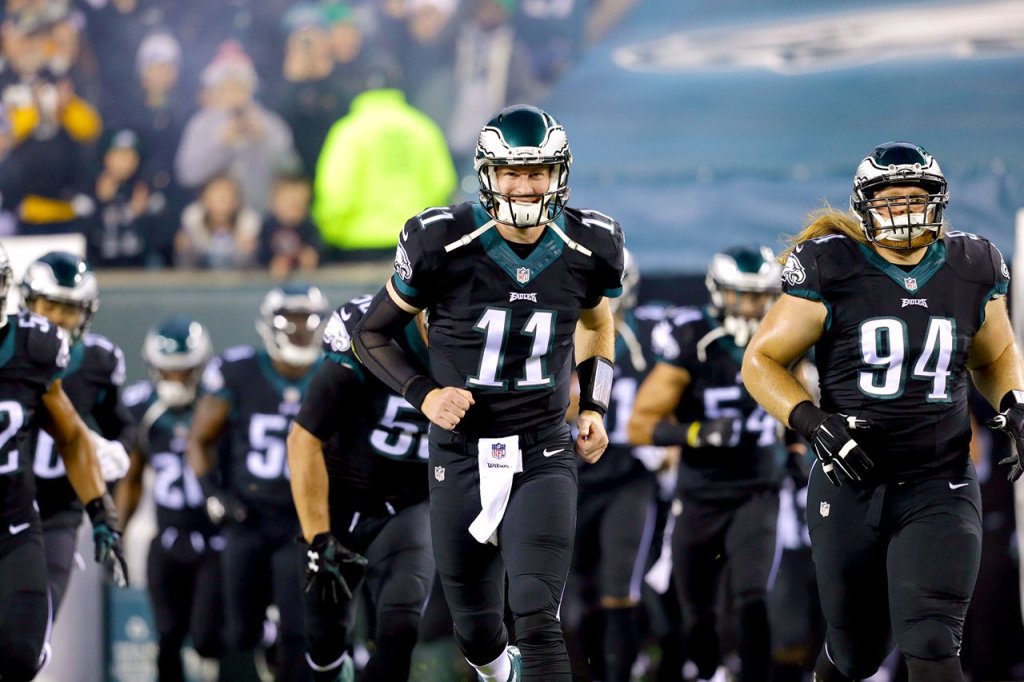 After such a dominating performance last night against heated rivals the Dallas Cowboys, it seems the Philadelphia Eagles are now in Superbowl or bust mode. The first half of last night’s game was a bit alarming despite their first drive which consisted on 6 consecutive first downs and a methodical drive down the field leading to an easy Kejon Barner touchdown. Last year’s Eagles team came off the bye and lost 4 of their next 5 games, when kicker Jake Elliot left the game because of concussion protocol and the Eagles went into the half down by 2, there was a similar feeling of “not again” amongst Eagles’ fans. Rest assured the Eagles would go on to outscore the Cowboys 30-0 in the second half. Coming off such a commanding victory and playing a below average team in the Chicago Bears next week, the sun is finally shining on Philadelphia football.

With the highest average of points scored in games (32.0) and the 8th lowest points scored against (18.8), the Eagles have created a Superbowl caliber combination of defense and offense.

Offensively, the Eagles are led by second year quarterback, Carson Wentz. Wentz had a lot of doubters coming into the NFL, drafted out of a small FCS school, North Dakota State. After a subpar rookie season, Wentz has quickly dispelled of all the haters after an MVP level 2017 season. A lot of the credit also goes to VP of Football Operations, Howie Roseman, and Owner Jeffery Lurie, who have added the likes of Alshon Jeffery, LaGarette Blount, and Jay Ajayi, three players that have made an immediate impact on offense for the Eagles. In order to continue these offensive drubbings by the Philadelphia Eagles, the offensive line needs to continue giving Carson Wentz time in the pocket to make plays. With only two more top 10 defensives left on the Eagles schedule, look for Wentz and the Eagles offense to continue scoring big points against good defenses.

Defensively, the Eagles have been able to penetrate opposing offensive lines on just about every snap which has put pressure on quaterbacks creating a lot of turnovers for the Eagles’ secondary. Preseason acquisition Ronald Darby has been injured for most of the season but the two games he has played, he’s been able to shut down Cowboy’s Dez Bryant and Redskin Terrelle Pryor, two receivers with potential to have big games against inferior corners. The Eagles defensive line has been without a doubt their strongest part of their defense. Fletcher Cox, Tim Jernigan, Derek Barnett, Brandon Graham, and Chris Long have all been impact players throughout the season for the Eagles. With potent offensive like the Los Angeles Rams, Seattle Seahawks, and Oakland Raiders still to be played against, the Eagles will still have to make big plays to set up their offense to win games.

Finally, the Eagles have seemed to crack the code and are on their way to Superbowl 52.