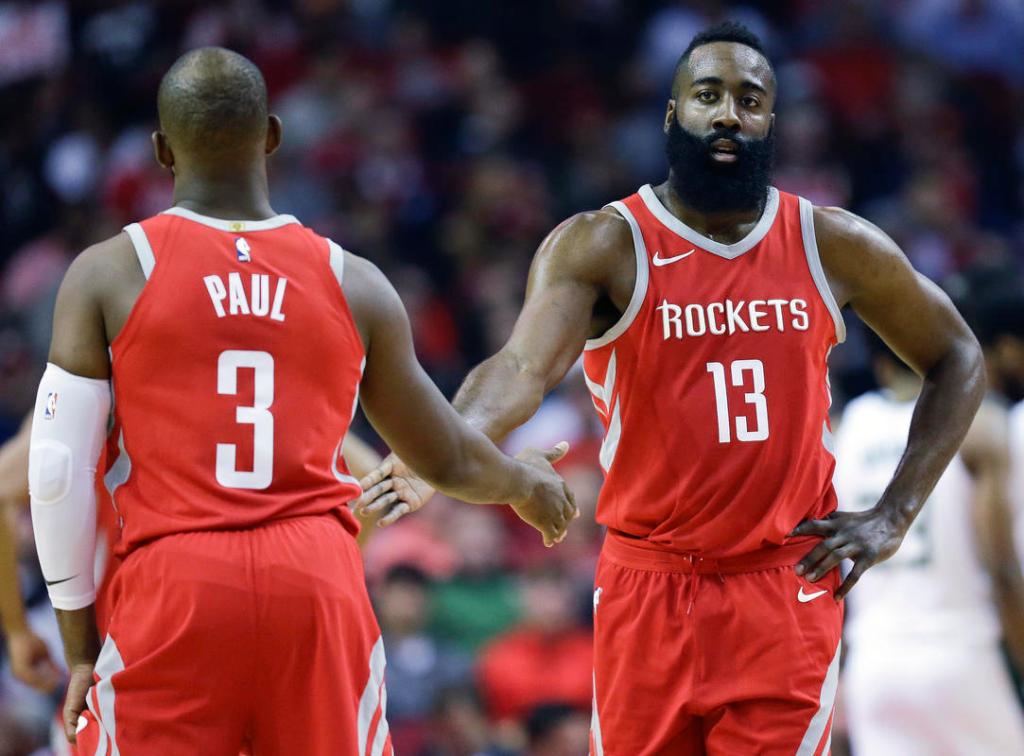 Finally, the long awaited time has arrived, this Saturday 4 first round games are set to kick off the 2018 push for the NBA Finals. Just the PHacts has you covered in terms of who to expect to see lifting the Larry O’Brien Trophy when the dust settles.

This is a very interesting first round series considering the level of talent on both sides. Ultimately, the Rockets depth and ability to score the basketball will be too much for the Timberwolves to handle, Rockets in 5.

Both these teams have a lot of concerns going into this years’ postseason. While Curry and Kwahi remain on the bench for their respective teams, the trio of Kevin Durant, Klay Thompson, and Draymond Green will dominate this series but not without some sort of a fight from the seasoned Spurs, Dubs in 6.

The Pelicans enter the playoffs without one of the most dominate big men in the game today, Demarcus Cousins. Without him, the Pelicans will struggle on both sides of the ball even though their franchise player, Anthony Davis has done a good job carrying the load. Ultimately, the Blazers will emerge victorious on the backs on Damien Lillard and Cj McCollum, Portland in 6.

Although the Utah Jazz have been playing really well towards the end of their regular season, the combination of star power and playoff experience from the Thunder will be enough to move past the Jazz, Thunder in 5.

This matchup will be dependent on how the Thunder look in their first round series. We’ve seen a very sporadic OKC team with the combination of three superstars who are really still trying to learn one another’s play styles. Nonetheless this will be a great series with a lot of storylines to follow but at the end of the day, the Rockets offense will be too much for the Thunder, Rockets in 6.

Without question, this series will go down to the final game. Without Curry, the Warriors are not the same team and his absence leaves room for Damien Lillard to take over the series. It’s simple, if Curry plays, the Warriors will win in 6 but should he not be fit by the second round, expect the Blazers to win in 7.

Considering the two teams best players matchup directly against one another, expect the Rockets to win the series rather quickly. Despite Lillard having an MVP worthy season, Chris Paul has both the experience and talent to win that one on one matchup but its close. When you compare the shooting guards, MVP James Harden and CJ McCollum, a player just starting to meet his true potential, we see that trouble lies ahead for the Blazers, Rockets in 5.

Of the lower ranked seeds, the Wizards pose the greatest threat to Raptors given the lethal backcourt combination of Bradley Beal and John Wall. This series will certainly go down to the final game and having home court advantage will give Toronto the upper hand, Raptors in 7

The Bucks have posed a serious problem for the Celtics and that was even with Kyrie Irving. Giannis is the league’s best up incoming star and will be a handful for the aging veteran Al Horford, Bucks in 6.

The 76ers are without question the league’s hottest team after winning it’s last 16 games. Heat’s Hassan Whiteside will be trouble for the 76ers especially without Embiid for the first few games of the series but at the end of the day, expect Philadelphia to continue riding their momentum to the next round, 76ers in 5.

The Pacers are not on a lot of people’s radars to make a significant impact in the East especially given their matchup with the King. LeBron James has been playing his best basketball after 15 seasons in the league, Cavs in 6.

Although the Raptors have had a very impressive season and the NBA world has truly seen the emergence of an MVP level talent in DeMar DeRozan, its Lebron James. He will not be denied a finals appearances for as long as he is this dominate, Cavs in 7.

As seen by the 76ers season finale, they’ve found a way to minimize Giannis’ impact on the game. By this time, they’ll have Joel Embiid back in the lineup and should be able to handle the Bucks relatively easily, Sixers in 5.

This has been a great matchup all year long and will produce a very intense series. Expect the 76ers to put up a good fight but as seen in their regular season games, the Sixers struggle finding ways to defend the king, Cavs in 6.

A crucial member of this series will be Rockets’ big man, Clint Capela. Capela has played strong all season, dominating the defensive side of the ball while losing his reputation of offensive liability. Harden will be outstanding and the duo of Paul and Harden, who have dominated the league throughout the regular season will claim their first ring together, Rockets in 6.