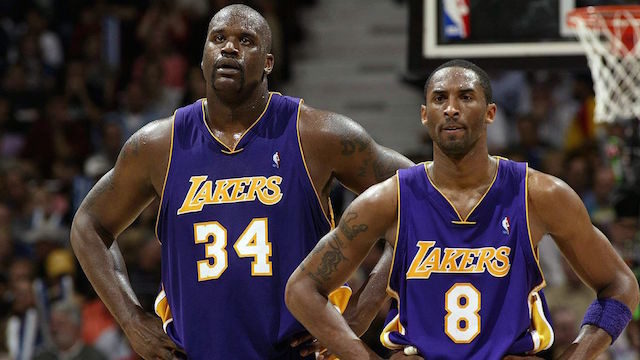 The newly assembled Golden State Warriors of the 2016-2017 season take our top spot. Older NBA fans may hate this selection, but their all-around talent is undeniable. With perennial all-stars like Kevin Durant, Draymond Green, Steph Curry, and Klay Thompson on your team, who can stop you? In addition, they had strong bench play from players like Andre Iguodala, Shaun Livingston, and David West, which made their team even that more unstoppable. They cruised through the regular season with a 67-15 record and then dominated the playoffs with only one loss. The Warriors’ stacked roster and team chemistry make them the obvious number one pick.

Possibly the greatest defensive team ever takes our number two spot. The Unstoppa-Bulls were indeed as their name says, unstoppable. Led by arguably the greatest player to ever live, the Bulls broke the record of most regular season wins at the time with 72 wins and dominated the playoffs with a record of 15-3. Key players like Michael Jordan, Scottie Pippen, and Dennis Rodman really anchored this team with the help of pivotal role players like Toni Kukoc, Steve Kerr, and Ron Harper. Additionally, the triangle offense implemented by Phil Jackson created a phenomenal offense that eventually led the Bulls to their 4th NBA title.

The Showtime Lakers snag our number three spot. When you have two MVP’s on your team, good fortune will come your way; and that’s exactly what happened to the 1984-1985 LA Lakers as they ended the regular season with a 62-20 record and defeated their longtime rivals, the Boston Celtics, in six games. NBA Superstars like Magic Johnson and Kareem along with key players like Byron Scott and Michael Cooper helped make the Showtime offense into one of the greatest run and gun offenses in NBA history all the while etching the Lakers into basketball scripture as one of the greatest teams to ever do it.

Larry Bird. Kevin McHale. Robert Parish. What more could you want?(Watch video attached. I had to put it in because it’s one of my favorite videos of all time) The C’s of ’86 were simply incomparable: 40-1 at home, 67-15 regular season record, 15-3 in the playoffs. Jordan scored 63 on this team and they still won. It is overwhelmingly evident that this team is a top five team of all time. 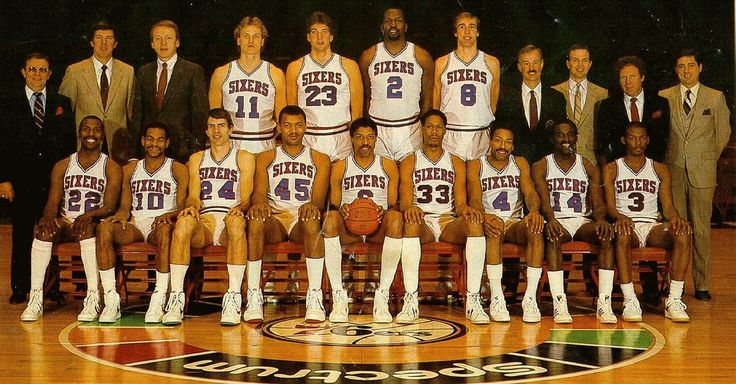 The ’83 Sixers were simply better than the rest. Led by Dr. J, Moses Malone, Mo Cheeks, and Andrew Toney, the Sixers rolled through the regular season and the playoffs with records of 65-17 and 12-1 respectively. 1983 was a magical year for the Sixers; Moses took home MVP, Dr.J was a member of the All-NBA first team and to cap it off, the Sixers swept the Lakers in the Finals, the best team of the 80’s. Not convinced? Sucks