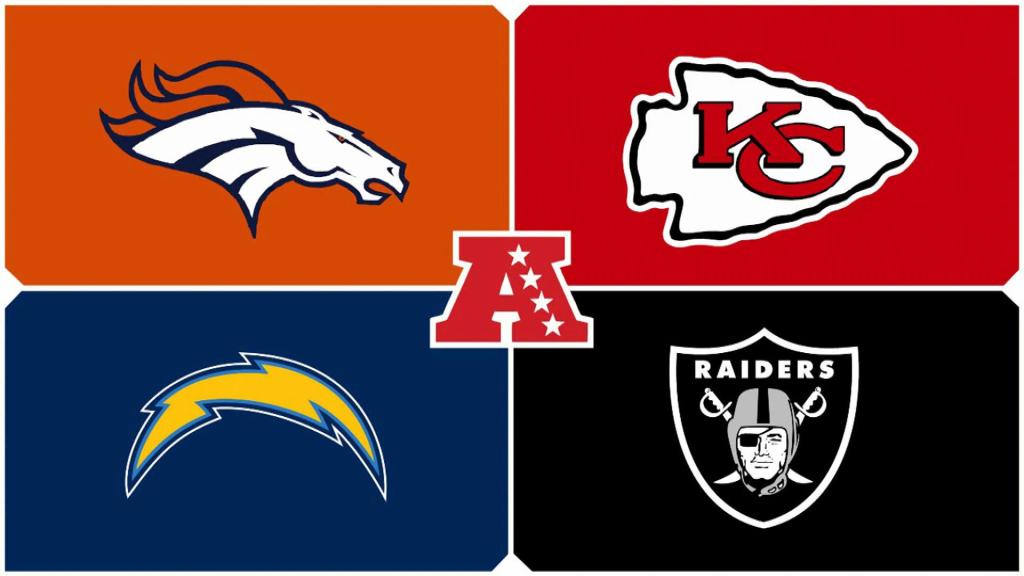 San Diego Chargers: The Chargers are entering the new season as a dark horse Super Bowl contender. They have a solid QB in Philip Rivers who has a relatively strong offense with a few weapons like Keenan Allen and Melvin Gordon. They have a difficult road ahead, week three, away against the Rams and week fifteen, in my primetime, they’ll travel to a hostile Kansas City crowd for a great matchup against the Chiefs. Defensively, the Chargers have a franchise signal caller in Melvin Ingram and a superstar pass rusher, Joey Bosa. I like the Chargers to win the division but struggle against the likes of Pittsburgh and New England in the postseason.

Kansas City Chiefs: Chiefs are riding a lot on sophomore QB Patrick Mahomes. They’ve surrounded him with a stellar offense featuring Kareem Hunt, Tyreek Hill, Travis Kelce, and Sammy Watkins. We don’t have any information on Mahomes which means it’s hard to tell exactly how good an offense they’ll have. On the defensive side of the ball, they lost their pro bowl corner in Marcus Peters and still have safety Eric Berry but without question, the age of the Chiefs defense presents the biggest red flag.

Denver Broncos: Denver has invested a lot in former Vikings QB Case Keenum. Keenum has bounced around a lot throughout his NFL career but was able to lead Minnesota to a divisional game appearance. The situation is similar to the Chiefs as Keenum could have had one good season and won’t jive with the new system and offense. Their defense is still one of the most dominate forces in the entire league but without a steady QB, the team will struggle to win games as they did last season.

Oakland Raiders: While the Raiders have taken a few steps to try and move their status into “Super Bowl Contenders,” they’ve still got a lot to prove. We haven’t seen their new head coach, Jon Gruden, since he last coached in the league which was 10 years ago. They’ve added Jordy Nelson to give QB Derek Carr another option but at the end of the day, it’s a good defense that allows you to win ball games. The Raiders didn’t take any steps to improve their abysmal defense and will struggle.