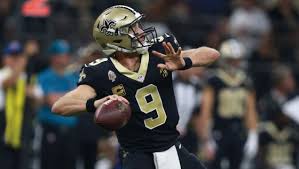 This game will be much tighter than people think because of the absolutely stellar play of Andrew Luck and pretty potent offense. However, I think the Colts O-line won’t be able to handle the Texans pass rush and J.J. Watt which should force crucial turnovers late in the game. Texans win 27-20

Although Pittsburgh is a tough environment to play in, the Chiefs offense is just too loaded for a somewhat underwhelming Steelers’ defense that has never been the same since losing Ryan Shazier. Expect the Chiefs to win relatively big in this game. Chiefs win 35-17

The Chargers have in this writer’s opinion, the most talented roster in the NFL. They’ve also shown an ability to win big games down the stretch with a crucial win in Kansas City(something they haven’t been able to do in years past). Even though their home crowd advantage is essentially non-existent, take the Chargers to win. Chargers win 35-20

This is the most enticing matchup of the AFC playoffs so far as this is a revenge game for the Kansas City Chiefs as they head into Foxborough once again to face Tommy Touchdown and the New England Patriots. Expect this game to start out slow as both teams try to make a big play to make this game pop wide open. The Chiefs will make a couple aggresive, explosive plays down the stretch and I think they will defeat the Patriots in Foxborough. Chiefs win 27-24

A rematch of a great regular season matchup that ended in a game-winning two-point conversion. I expect the Chiefs to be a little winded from a grueling Patriots game and the double pass rush attack of Melvin Ingram and Joey Bosa should suffocate Patrick Mahomes and take the Chargers to the Superbowl. Chargers win 42-35

As much as I want to take the underdogs here I just can’t for one simple reason. Khalil Mack. Especially with the way the Eagles’ offensive line has been handling top rated pass rushes, expect Mack to wreak havoc on Foles and the Bears to win a “grind it out” game. Bears win 17-13

The 12th man has been a huge part to why Seattle has seen recent success considering they had pretty low expectations coming into the season. However, don’t think that this roster does not have valuable pieces that can win them tough football games. Russell Wilson is one of the most under appreciated players in the NFL and he will win this game for them in Dallas as a below average Dak Prescott will force throws and cause turnovers for Seattle’s Defense. Seattle wins 30-20

If it wasn’t the Saints, I would have the Bears beating any other NFC opponent, but it in fact, is the Saints so its tough for me to go with Chicago in this one. Mitchell Trubisky has yet to be heavily relied upon in a game so far this year and I believe with a stout New Orleans defense and an MVP level Drew Brees, Trubisky will have to play catch-up which is something he’s not accustomed to. Saints win 35-17

Although the Rams have struggled over the past couple weeks, their earned bye week should give Sean McVay enough time to regroup this team and adjust their gameplan. Winning home field was huge for LA because I honestly think they would lose if they had to play in Seattle. The Rams still have one of the most talented rosters in the NFL and I think Todd Gurley will especially shine in this game because of Seattle’s relatively weak run defense. Rams win 42-28

It’s hard to bet against the Saints at home especially the way Drew Brees has been playing football this season.I think the defenses will cancel each other out and its really going to come down to a mano y mano matchup between Drew Brees and Jared Goff with the more experienced and more skilled passer Drew Brees coming out on top. Saints win 56-44

What a great Superbowl matchup with plenty of captivating storylines. Brees versus his old team. Will Brees come out on top after a historic season? Will Phillip Rivers cement himself as one of the great QB’s of this century with a Superbowl ring? Will the Chargers win their first Superbowl? In terms of the game itself, these are two talented rosters with an acute combination of veteran leadership and young, raw talent. I believe this game will start out closer than people think with only a three point margin at half. But Drew Brees and the Saints will show why they’re widely considered the best team in football and dominate both sides of the ball in the second half and bring another trophy to the Big Easy. Saints win 42-28