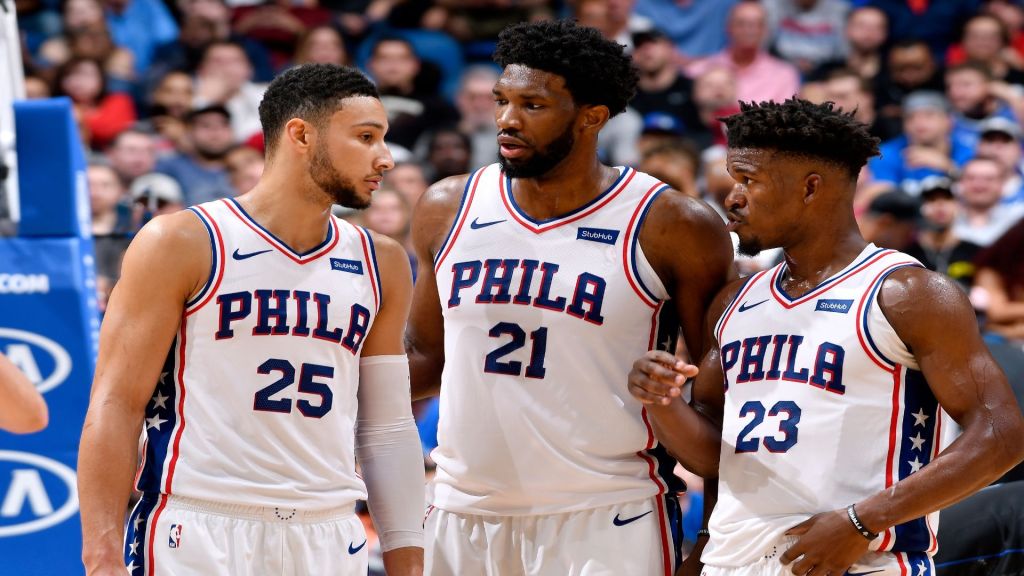 After a recent clinch of the third seed in the East, The Sixers are primed for a hopefully deep playoff run. But how deep? JTP will dive into what to expect from the final stage of “The Process”

The Sixers second to last NBA regular season game is tonight versus the Miami Heat as they head into the playoffs as the clinched number three seed. With new acquisitions during the 2018-2019 season like Tobias Harris and Jimmy Butler, the Sixers have lofty expectations as they prepare to take on the best of the Eastern Conference.

Although, because of seeding, the Sixers wouldn’t play the Celtics(a team they’ve struggled against) until the Conference Finals, their road is not necessarily easy. If the playoffs started today, they would be playing the Brooklyn Nets, a team that is coming off impressive wins against Boston and Milwaukee, to close out April and has momentum going into the playoffs. Against the Sixers, the Nets have split the series and given the Sixers problems on the defensive end. Their pick and roll style of offense and high efficiency from three is the style of play that is known to give the Sixers problems. Also with the way D’Angelo Russell has been playing recently, he could be simply unguardable come playoff time especially against a weak Sixers perimeter defense. However, I do expect Embiid and particularly Harris to have great series and propel them a 4-2 series win that will be a little too close for comfort.

If the higher seeds were to win, the Sixers would be playing the Raptors in the second round, a team that has also given them troubles. The Raptors lead the regular season series 3-1 and all of their wins have been by double digits, making this matchup a scary one for the Sixers. The Raptors extensive depth and the versatile play of Kawhi Leonard will be huge issues that the Sixers will have to face but I believe they will overcome it. With the help of Ben Simmons exposing matchups against Van Vleet and Lowry, the floor will open up for shooters like JJ, Tobias, and Mike Scott while also allowing effective pick and roll situations with Embiid. I see the Sixers winning a tough seven game battle against Toronto and moving onto the Conference Finals.

Finally, again if the higher seeds win out, the Sixers would play the Milwaukee Bucks in the Eastern Conference Finals. Although the Sixers are 1-2 against this squad and it may just be my homer bias talking, I again think they win this series. The Sixers matchup well against this Bucks team that, yes, has their MVP caliber player in Giannis, but also lacks depth especially in three point shooting. A perfect example is on St. Patrick’s Day when Giannis went for 52 points on 15 for 26 shooting yet the Bucks still fell to the Sixers. I believe Joel Embiid will show in this series why he’s the best big man in the game and propel the Sixers to the NBA Finals in seven games.

The Sixers will be tested by the Eastern Conference Elite but Elton Brand built this team around their main core of stars and stars are what win you playoff series. Trust the Process.