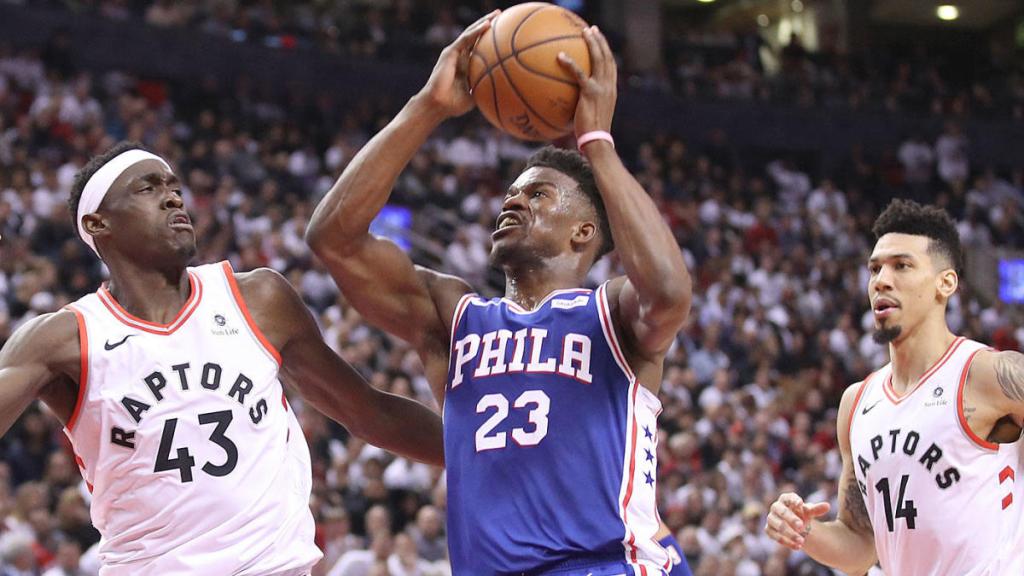 After a crushing loss in Game 1 losing 108-95, the Sixers avenge(no pun intended) their defeat and END the GAME(pun intended) with a final score of 94-89 as the Sixers hold of a comeback by the Raptors to tie the series 1-1 and come back home to the Wells Fargo Center. This is the Sixers first victory in Toronto since 2012 and a crucial one at that.

Game 2 was as close to a 7-3 NFL game as the NBA can get as both teams played astounding defense while offenses sputtered. The Sixers were able to limit the Raptors’ offensive attack of Leonard and Siakam that had killed them in Game 1 in the first half as after 24 minutes the Raptors were trailing by 19. However, the Raptors cut the lead to 1 at the end of the third quarter and kept answering all the Sixers’ buckets late in the fourth (And by Sixers buckets we mean Jimmy “James” Butler and occasionally Joel Embiid).

However, a pivotal attempted nutmeg by Kyle Lowry in the final Toronto possession of the game disrupted the flow of the offense and ended with a missed three point attempt by Danny Green, opening the door for Tobias Harris, to once again, hit two free throws that put the Raptors to bed.

If you looked at the box score of this game it may be puzzling how the Sixers won this game as their second leading scorer was James Ennis with 13 points and they finished the game with 19 team turnovers. On the other sideline, the Raptors trio of Leonard-Lowry-Siakam combined for 76 of the Raptors’ 89 but limited bench production led to the eventual defeat. Ultimately, it was Jimmy Butler’s prolific scoring in key moments of the game that propelled the Sixers to victory, without him this series is 2-0.

After stealing a game in Toronto, Sixers faithful should be feel much more confident for the remaining series and prepare themselves for an Eastern Conference Finals trip(please Boston stop winning)