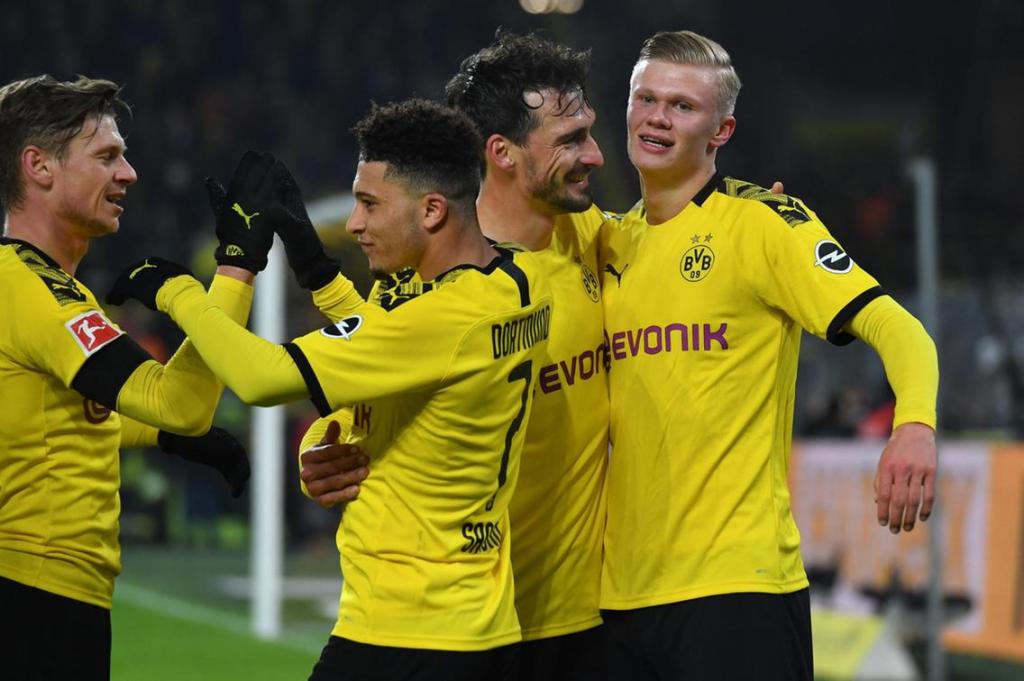 Beginning this Saturday, the Bundesliga returns, and although it will lack the usual fanfare that encompasses every fixture, the re-commencement of the German league will provide fans who have been eagerly anticipating the return of live sports with precisely what they have been longing for. This weekend contains multiple key fixtures that have significant title ramifications such as Borussia Dortmund looking to keep their championship hopes within reach of the German football giants Bayern Munich who after a slow start to their 2019-20 campaign have regained their form and sit atop of the table leading Dortmund by a measly four points. The full schedule will be posted below the article as I breakdown the most notable fixture going into Matchday 26 of the Bundesliga.

FC Schalke @ Borussia Dortmund: 9:30 AM ET, Signal Iduna Park
This match is considered the best fixture of the weekend and consists of two of Germany’s best clubs, an impressive youthful side of Borussia Dortmund hosting FC Schalke, who look to climb back into Champions League contention. One of Schalke’s biggest issues throughout their season thus far has been finding the back of the net. In their 25 matches played, the royal blues have only been able to muster 33 goals, which sits 13th in the league behind FSV Mainz and SC Freiburg. Schalke has produced a lackluster defense only managing clean sheets in 7 of their 25 matches played, which bodes well for the high octane Dortmund offense that hasn’t had any issues scoring with 68 goals on the season, five behind league-leading Bayern Munich. Players on the Schalke side to look out for are Amine Harit, who at just 22 years of age has established himself as one of the Bundesliga’s top young prospects compiling 10 points in 23 starts. The young Morrocan sits at the heart of the Schalke midfield along with seasoned German Daniel Caligiuri, who ranks amongst the league’s best in duels won, and both will have to be in top form to stand a chance against Dortmund. Despite being toward the top of the table, Schalke has an abysmal goal difference of -3 and will need a defensive resurgence if there is any hope of Champions League football next season.

As for BVB, leading up to the extended break, Dortmund was riding a four-game win streak that last saw them defeating 4th place Bayern Mönchengladbach by a score of 2-1. As mentioned, Dortmund has not found any difficulty in scoring as another promising young player in this fixture, Jadon Sancho is 3rd in the league in scoring and just behind him is Marco Reus at 5th. Dortmund has been able to compile a lot of assisted goals throughout the season, and they have three players ranking in the top five, Jandon Sancho (15), Real Madrid loanee, Achraf Hakimi (10), and Thorgan Hazard (10). Dortmund has enjoyed having the best passing midfielder in the Bundesliga in Axel Witsel, who leads the league in successful passing rate at 95% and also provides strong defensive play for BVB as their premier holding midfielder. It has been hard to overlook the success of wonderboy Erling Haaland who burst onto the scene with Dortmund scoring an astounding 9 goals in 5 starts. Dortmund will likely start the young Norweigan, and I would not be surprised if he found the back of the net at least once against a poor defending Schalke side.

Dortmund needs to secure all 3 points at home against Schalke to narrow the gap between them and Bayern Munich, who have an away match against Union Berlin, who rank amongst the leagues lowest in total goals scored. As for Schalke, they currently sit in 6th position, which would secure them a place in next season’s Europa League, but only five points separate them and the 10th position, which emphasizes the urgency that Schalke must bring to Signal Iduna Park this coming Saturday at 9:30 AM ET.