This upcoming season is set to be the most entertaining an competitive year in the modern college football era. The 2018 race for the Heisman Trophy winner has to begin somewhere and without question there are the most potential candidates this year than any other year’s past. Just The Phacts has you covered as we’ll look at the best players to keep an eye on for the 2018 college football season.

Going into his 4th year as the main man for the Huskies, Browning has a lot of pressure on his shoulders to deliver a strong, Heisman level performance this season. Last seasoned he reached his highest completion percentage and threw the least amount of interceptions in his previous two seasons with 4. Looking forward to this year, Browning showed great pass accuracy on long balls and will need to get into a similar rhythm like he had with former WR John Ross.

Tua wasn’t given much of a chance throughout Alabama’s title run during the 2017 season but when Nick Saban called his number, Tua delivered. We don’t have much film on Bama’s newest sensation but he’s certainly worth watching given the success that Alabama has been finding over the last 10 years. We’ve seen relatively strong mobility and a great arm for the long balls but a lot remains to be seen with Tagovailoa.

Entering his sophomore season, Jake Fromm is looking to build off of a great regular and postseason performance that lead his Bulldogs all the way to the national championship. Fromm showed last season he’s got great command of the offense within the red zone and also had a very strong pocket presence which lead to easy completions. Fromm doesn’t have the best mobility but can make up for it with his arm strength and quick release.

Last season, Taylor showed the nation his ability to shed tackles and break away for long runs. With such a dynamic offense like Wisconsin’s I expect another dominating season for Taylor and he is without question on many experts short list for winning this season’s Heisman Trophy. 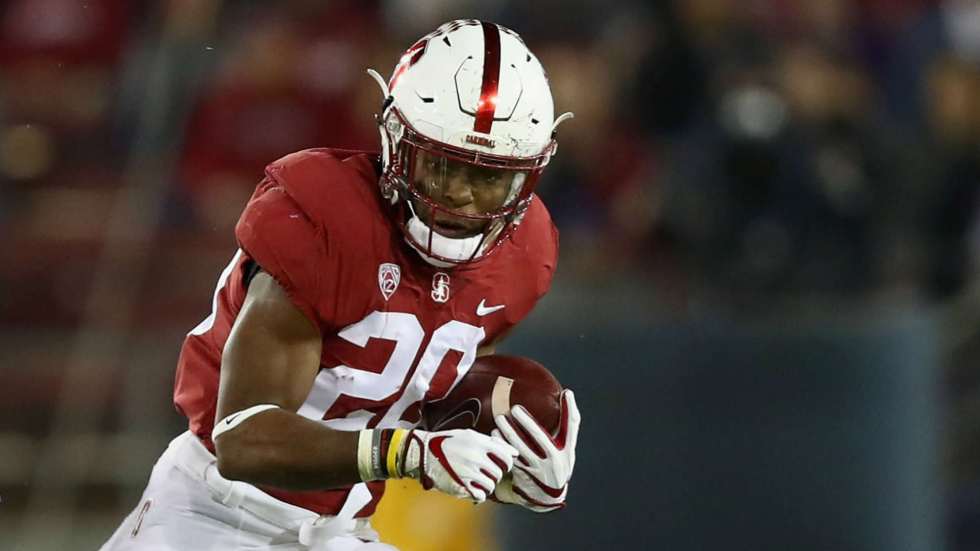 Without a doubt, Bryce Love is the nation’s preseason pick for the 2018 Heisman Trophy winner. Last season, Love had unreal stats, 2,118 yrds and 19 TDs which included an 130 yard performance en route to a Stanford victory over #9 Notre Dame.

College football is right around the corner, it’s almost that time of year… Get Excited.