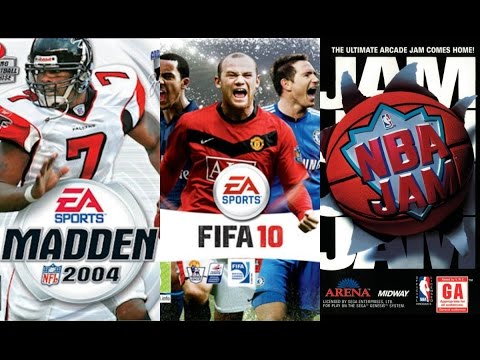 The NFL’s video game begins our list of the best sports video game franchises of all time. The oldest franchise on this list, John Madden football started all the way back in 1988 and has sustained success since then with great interactive modes like Madden Ultimate Team and a pretty fun Play Now mode. Although football is considered America’s sport, this game is lower on this list because it can get bland after one or two games because of its seemingly long game duration.

Hockey is a perfectly built sport for video game play. The quick scoring and constant stick movement makes the game easy to learn but difficult to master, a key factor in the making of a great sports video game. In terms of being able to play with your buddies all night, NHL might be number one. However, since it doesn’t have the popularity that the other sports games on this list have, it has to stay at number four.

Soccer is the most globally popular sport so it makes sense that FIFA has reached such peak levels of popularity in the sports gaming community. Similar to NHL, FIFA is fairly easy to learn but difficult to master. What’s different about FIFA ,however, is there seems to be a loyalty to specific clubs when in the Kick-Off mode which makes the game very interesting especially when you play a tournament with your friends.

As basketball has grown and prospered as a global sport over the past decade, so has its most recognizable video game, NBA 2K. NBA 2K checks all the boxes of a great video game: fun Play Now mode with a plethora of current, historic, and all-time teams, riveting MyPlayer experience, a great soundtrack, and an amazing franchise mode. With all that mind, it becomes evident was 2K was ranked so highly on our list.

The crown for the best sports video game franchise of all time goes to one that has gone on to video game heaven, NCAA Football. Dynasty mode is simply the greatest game mode in the history of sports gaming and there isn’t even close. For that reason alone, NCAA Football takes the cake.