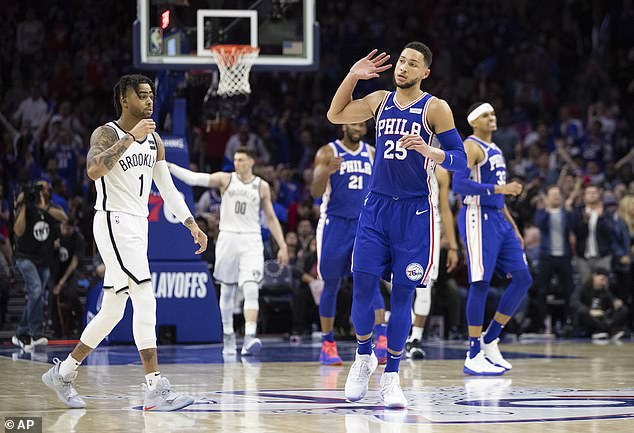 After a disappointing Game 1 loss at home, the Sixers reevaulated and played like the Sixers we know and love Game 2 defeating the Brooklyn Nets 145-123.

After hearing reverberating boos Game 1, the Sixers, especially Ben Simmons, were disheartened and determined to avenge their poor performance in Game 2. Luckily, the boos turned to cheers in the Wells Fargo Center last night as the Sixers, particularly Ben Simmons, put on one of their best performances of the season.

After a close first half, the Sixers busted the game open with a 14-0 run to start the second half and their grip only grew stronger as the game moved on. The Sixers scored an NBA record 51 points in the third quarter on 18 of 25 shooting while scoring eleven points from the free throw line as well.

The scoring load was evenly distributed among the starters as JoJo and Tobias led the way with 23 and 19 respectively to carry the load of an underwhelming Jimmy Butler, someone who especially shined offensively in the game one defeat. Ben Simmons was third in scoring on the Sixers but posted a crucial triple-double, again showing his immense value as a versatile playmaker.

Boban Marjanovic was also a key factor when Embiid needed rest as he finished the game with sixteen points and eight rebounds while also showing his ability to consistently hit the mid-range jumper.

The Sixers head to the Barclays Center in Brooklyn, New York for games three and four as the squad looks to take a commanding lead in this series and hopefully close it out in Philly.